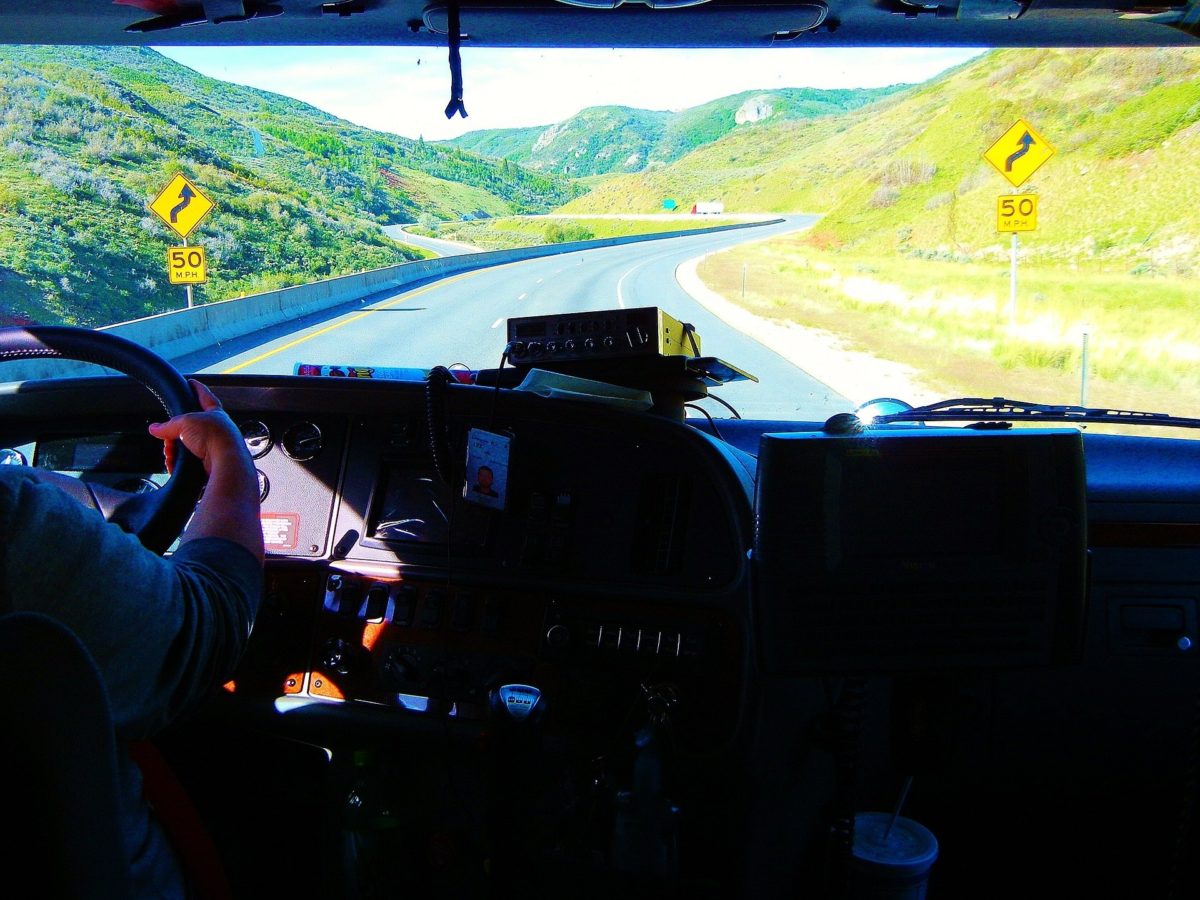 As of 2012, about 312,000 truck drivers were working in the Canadian trucking industry, which was an increase of around 55,000 from the total in 2000. Whether it’s the groceries and everyday essentials you buy or the high-ticket price items you purchase, there is usually a truck driver involved in the supply chain at some point.

It’s interesting that given how big their role is and the impact it has on our lives, most people are not sure what life is like for the average commercial truck driver. Perhaps you’ve watched a TV show, played a truck driving simulator and maybe have an idea built up in your mind of what it’s like.

Is that what it is really like, though? Let’s find out.

What does Truck Driving Involve?

That may seem like a question that has a rather obvious answer, but it’s worth looking at what truck driving involves when you are trying to understand what life is like for the men and women who do it.

It involves truck drivers transporting goods from one point to another, and most drivers are at the helm of eighteen-wheelers or semi-trucks.

In most cases, truck drivers begin their careers as OTRs or Over the Road drivers. This means they spend between 2 and 3 weeks away from home. When drivers get more experience under their belt, they are usually able to command better working hours and can visit home every week at least.

Further down the line, drivers often become independent and either form partnerships in a trucking company or own their own fleet. As well as favouring those who don’t want a so-called normal, 9 to 5 job, it is also a noble profession and drivers often feel proud of their contribution to the country.

Most drivers have some degree of flexibility when it comes to choosing the shifts they work. They can choose whether they want to drive during the night or start early in the morning. Each of these options has its pros and cons, such as it’s easier to see when you are driving during daylight hours, but roads are clearer at night.

Some companies require drivers to start their shifts at specific times. However, many are more laidback. Off the Road drivers usually can choose when they want to start.

The shift flexibility has an impact, as you would imagine, on a driver’s sleep pattern. Some drivers prefer to take little naps here and there, whereas others catch up on sleep during the day following a night of driving.

Limits on the Amount of Driving

For a profession that revolves around driving, it’s not surprising many drivers will complete as many as 70 hours on the road over 8 days. Most aren’t allowed to exceed that number, though. There are also daily limits imposed to help prevent driver fatigue and counter low morale. For instance, they aren’t allowed to drive for longer than 11 hours in one single day. Once drivers have completed their 70 hours, they need to take 34 hours off.

If you are thinking truck drivers cover a lot of distance in a day, you’d be right. They can travel a minimum of 500 miles in a day and given most will complete 70 hours of driving over 8 days, that equates to almost 128,000 miles a year.

Truck drivers don’t get much time off. Thanks to the short rest periods and long shifts, they often work for around 300 days a year.

Truck drivers get paid different rates, depending on who they work for, while most companies pay by the mile, others pay by the hour. Each company also has their own way of tracking the miles covered by drivers, especially when it comes to determining what are “working miles” and what are “personal miles”.

This can often make it difficult for drivers to predict accurately what they will earn in a year. 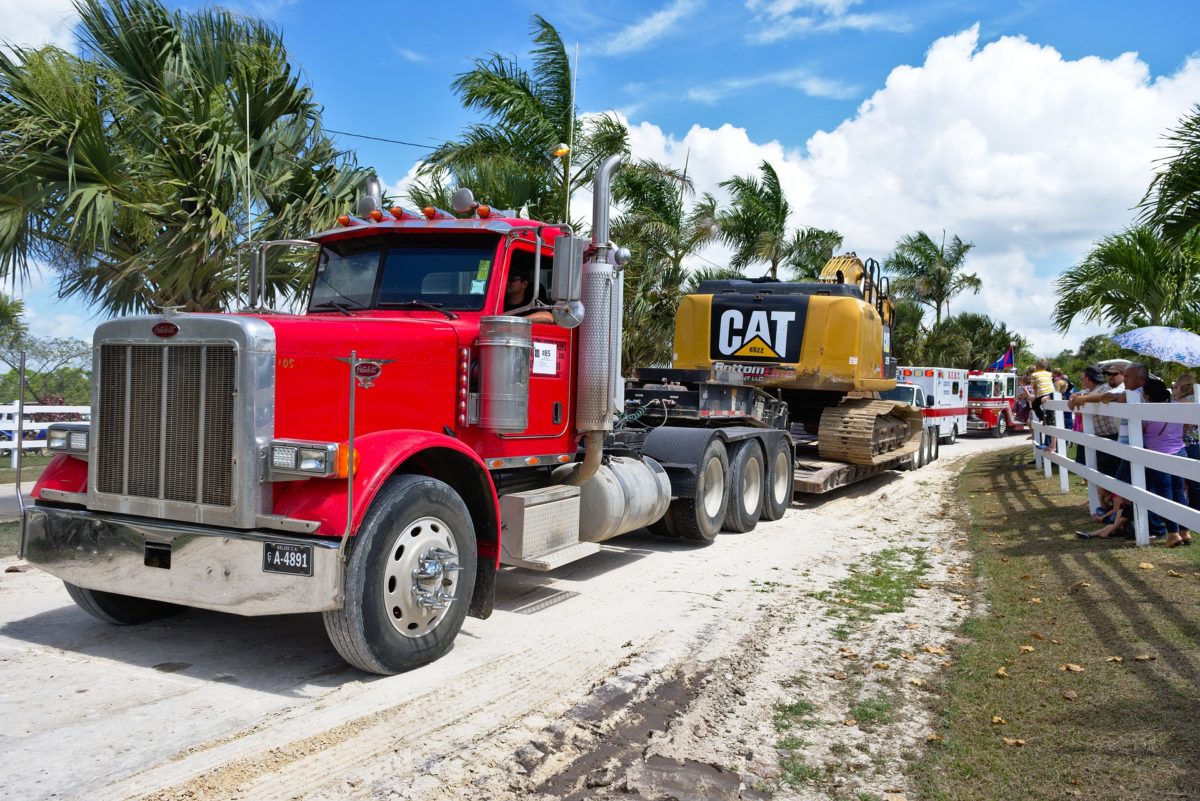 When you run a trucking business, when time and money are so influential and how successful your operations are or aren’t, it is important to get the best out of your fleet. The most crucial way you can do this is by regularly assessing your trucking efficiency and performance.

What is trucking efficiency, though? Trucking efficiency basically refers to how many miles you can cover without using more fuel than is necessary. The impact trucking inefficiency can have on the cost of performance of your operations is something you should not dismiss. Little changes here and there can make all the difference to your profit margins and even the experience your customers have using your services.

How can you achieve better trucking efficiency then? In the post, we are going to look at several things you can do.

Often transportation and logistics companies make the mistake of having their truck scales in a different location to where they load and unload cargo. By having truck scales in the same place, so that you can weigh your vehicles while they are unloaded and loaded, you can streamline and quicken up your entire operation.

Well-maintained and clean trucks are more efficient trucks. Therefore, it is vital to regularly run maintenance checks and repairs on the trucks in your fleet as well as keeping them clean. Parts that specifically need the most attention are the tires, air filters and the oil. All vehicles should be assessed as being roadworthy before they can leave, whether they are delivering cargo or picking it up.

In line with the above, it is also important to ensure your truck scales are in good working order and well-maintained, to get the best and most accurate results.

One of the biggest issues facing many larger transportation and haulage firms it seems is keeping track of the numerous drivers and different shipments they have coming and going. That is why you must utilize some of the great tracking systems available. One that has GPS that allows you to know exactly where your fleet is and whether they are moving or not is good for monitoring just how effective your operations are. It means you can identify areas where improvements could be made, such as the speed the trucks are driving at, the amount of time they are spent idling and taking breaks and a lot more.

Having tracking software in all the trucks in your fleet also means you can provide better customer service, informing your customers where exactly their cargo is and how long it will be until it is delivered.

The trucks in your fleet are carrying tons and tons of products and cargo over many hundreds of miles. The last thing you want is for drivers to overload them from taking unnecessary personal items with them while they are on the job.

The best way to avoid this is to have strict rules about what they can take in the cabin with them and develop a culture within your company that drivers only take the designated delivery cargo.

If you are looking to order or book our logistics service, just make an online order. We offer straight trucking service with trucks and trailers that are monitored with a 24/7 tracking system. You can easily place orders and track the progress of your shipment.

Capital Express Lines
Get A Quote
SEND MESSAGE
×
Thank You. We will contact you as soon as possible.